The last couple of months I wanted to play around with Docker for Windows. It worked just twice. Once at the first try for just one or two weeks. Then I got an error, when Docker tries to initialize right after Windows starts. After I reinstalled Docker for Windows it runs the second time for a two or three weeks. I tried to reinstall all that stuff but I didn't get it running again on my machine. 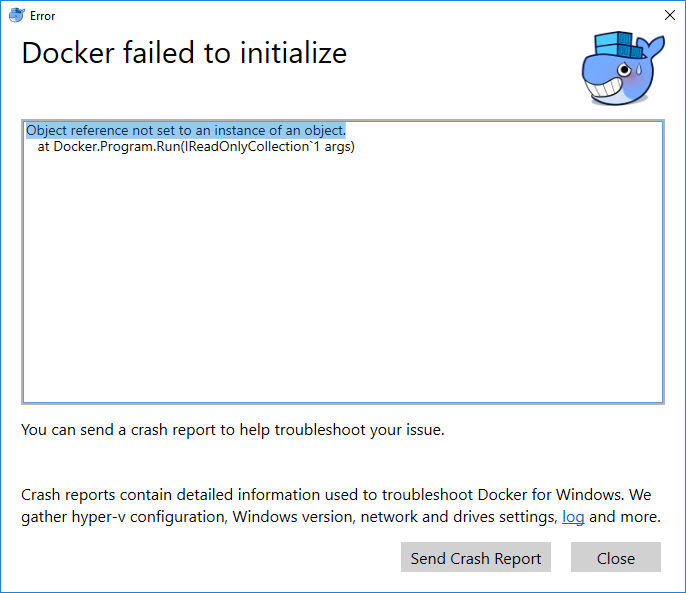 The error shown on this dialog is not really meaningful:

Object reference not set to an instance of an object...

Today I found some time to search for a solution and fortunately I'm not the only one who faced this error. I found an issue on GitHub which described exactly this behavior: https://github.com/docker/for-win/issues/464#issuecomment-277700901

The solution is to delete all the files inside of that folder:

Now I just needed to restart docket for Windows, by calling the Docker for Windows.exe in C:\Program Files\Docker\Docker\ 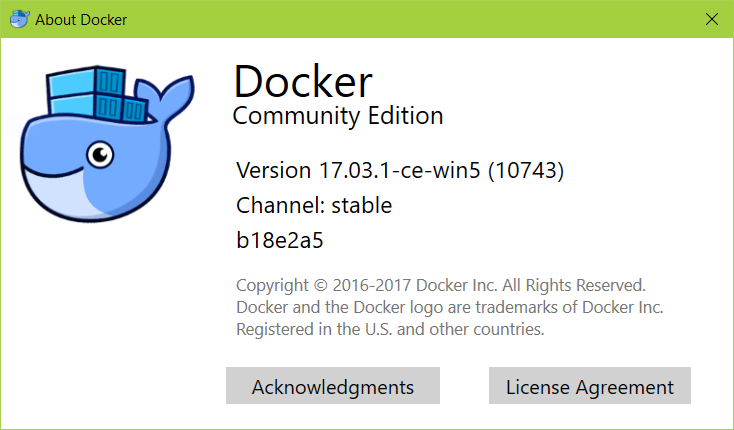 Finally I can continue playing around with Docker :)