.NET 5 was released just about 3 months age and Microsoft announced the first preview of .NET 6 last week. This is really fast. Actually, they already started working on .NET 6 before version 5 was released. But it is anyway cool to have a preview available to start playing around. Also, the ASP.NET team wrote a new blog post. It is about ASP.NET Core updates on .NET 6.

I will take the chance to have a more detailed look into the updates and the new feature. I'm going to start a series about those updates and features. This is also a chance to learn what I need to rewrite, If I need to update my book that recently got published by Packt.

At first I'm going to download ..NET 6 preview from https://dotnet.microsoft.com/download/dotnet/6.0 and install it on my machine. 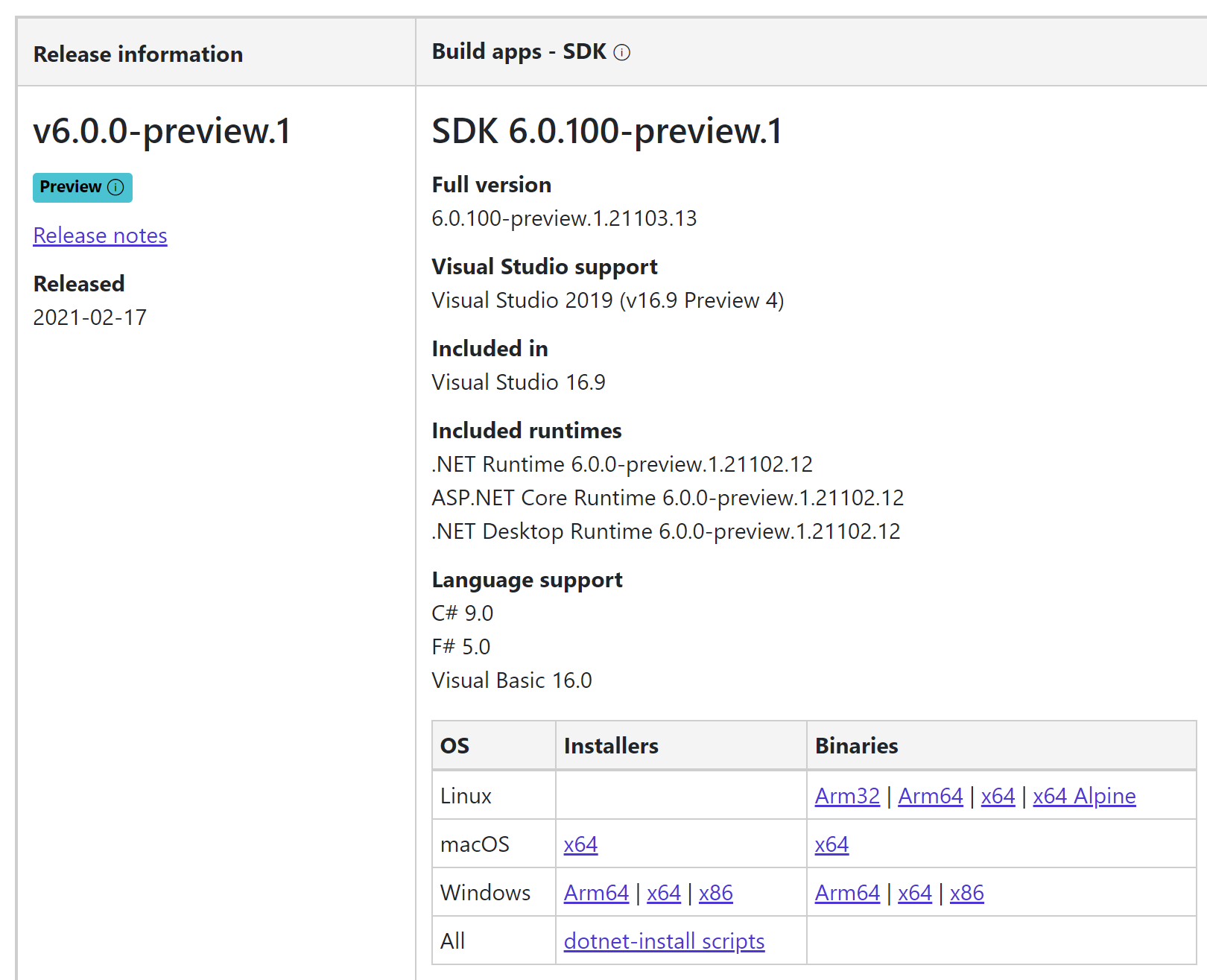 I chose the x64 Installer for Windows and started the installation

After the installation is done the new SDK is available. Type dotnet --info in a terminal: 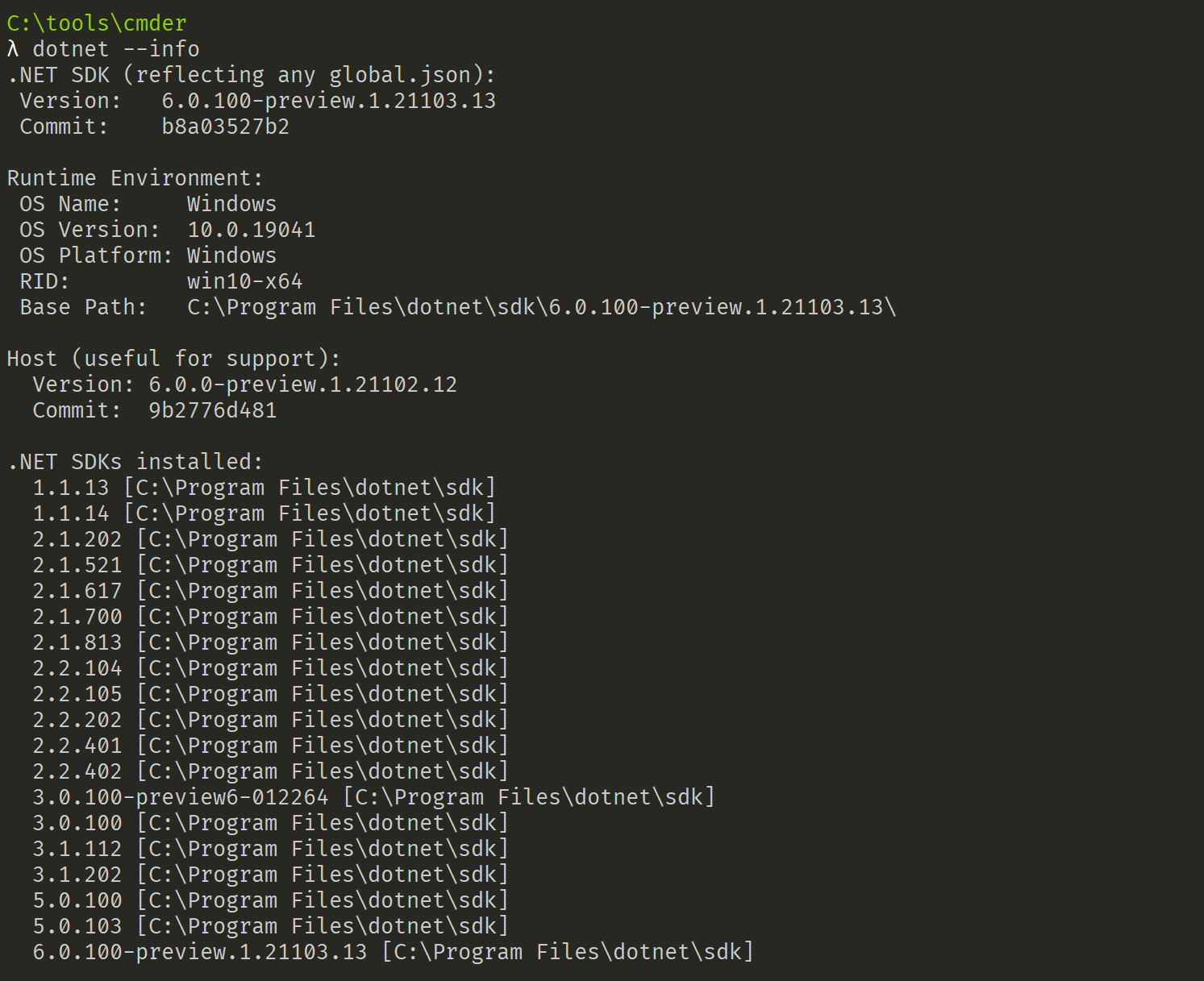 This creates a small JSON file that contains the SDK version number in the current folder.

Now all folder and subfolder will use this SDK version.

This series will start with the following topics:

(I will update this list as soon I add a new post or as soon Microsoft adds a new release).